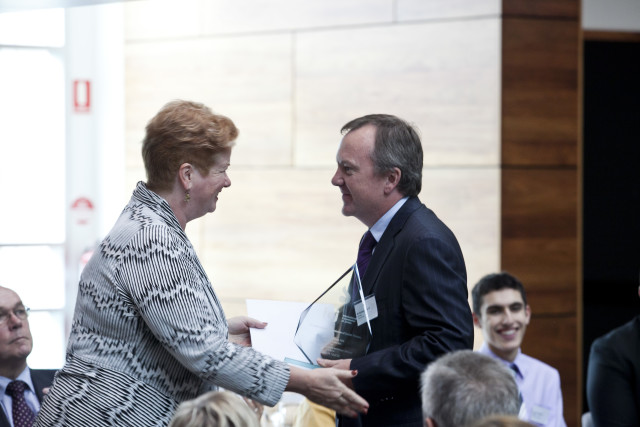 Posted in Media Releases on the 24th of March 2014

John Gibson was a refugee, migration and asylum advocate of national and international reputation, for many years being the President of the Refugee Council of Australia and was awarded a Membership of the Order of Australia (AM) posthumously.  The Victorian Bar was lucky to have him adorn its ranks and it knew it.  Shortly before John’s death in September 2012 he was inducted as a legend of the Victorian Bar.  He was a long-time member of the ICJ and a great contributor.  He was one of those rare people about whom nobody seemed to have a bad word.  His only personal failing seems to have been his irrational optimism regarding the prospects of the Melbourne Football Club.  He was my friend.

It was natural therefore that the ICJ Victoria establish an award in his memory and this we do today presenting the inaugural John Gibson Award for distinguished human rights and refugee advocacy.  You will see the distinguished selection panel listed in the program.

The inaugural winner is a prominent advocate for human rights and refugee interests yet a lot of what he does goes under the radar.  He has a considerable caseload as a barrister much of which is pro bono.  He was lead counsel in the M47 case which was successful and he continues to do a range of other human rights cases in discrimination and indigenous areas.  He is one of the finest lawyers I know.  He is Richard Niall SC.