ICJV is calling for volunteers to assist in an advocacy intervention in favour of a legislative defence for human trafficking victims compelled to crime in Australia. The position will be consistent with comparative defences in foreign jurisdictions and compliant with Australia’s international obligations. Such a defence, like s 45 of the Modern Slavery Act (UK), is a necessary step towards tackling the abuse and exploitation of human trafficking – a crime that affects an estimated 21 million victims worldwide, with profits in the region of $32 billion USD.

ICJV is looking to build a team of five to six lawyers and researchers, led by Felicity Gerry QC, to assist in drafting a position paper with recommendations. It will include legal analysis on domestic, international and comparative legal issues. The paper will form the basis of an advocacy intervention directed towards legislative change.
To express your interest in getting involved, please send a cover letter and resume to communications@icjvictoria.com.au on or before 30 June 2018. 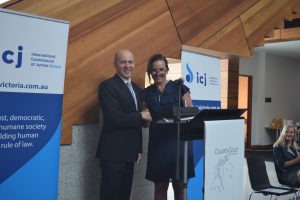 ICJ Victoria has contributed to two submissions for this year’s review of Australia’s human rights record by the United... 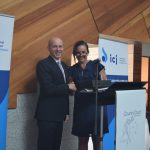